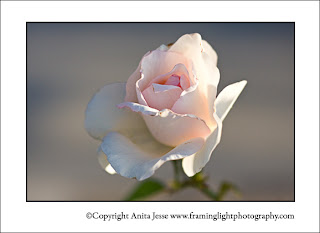 (Click on the thumbnail for the bigger, better version)
Sorry about that folks. I fixed the link
Don’t expect me to explain exactly what happened to our Internet service, but we are much closer now to a solution. Finally, Wednesday morning what had been abysmally poor service got even worse. When I called the number for our DSL provider, I reached a very polite, well informed, customer service representative. To begin with the customer service rep told us (I’m no fool. I had The Husband in on this so we could play as a team.) to attach the modem directly to a computer and by pass the router (we have a network). After running some tests, she walked me through going to DOS and, with her dictating the directions, I reconfigured our IP address.

Fortunately for my sanity, The Husband had the presence of mind after it was done to ask how the address came to be incorrect in the first place since we really hadn’t been messing around in DOS lately . She explained that the address had probably been lost, corrupted, screwed up, whatever (by then my brain was reeling) as a result of a power failure. I don’t know whether you recall or not, but indeed we do have power failures in Bear Valley Springs. (It’s not all singing birds, wild flowers, and pretty scenery living out in the boonies.)

So, the good news is that, once again, I have access to the World Wide Web. The bad news is…we aren’t done yet. 1. Yes, I have Internet access, but The Husband does not. We still have to plug in the router and finish the job. (We weren’t able to take the support call to the next step due to The Husband’s schedule. It’s pathetic, but I don’t tackle these things if he isn’t in the house in case I call for help.) 2. All this comes just when I am going to be out of touch completely for a few days and then returning to a big, nasty job—taxes. Does it get any nastier than that? Thus, this won’t be finished until approximately mid-October. In the meantime, I have been able to sneak in a little time to check this out, and now I am remembering that DSL isn’t so bad. When it’s working properly, it’s pretty darned fast.

Before I wrap up this complaining and celebrating fest, I want to mention that the customer service from AT&T has been excellent each time that we have encountered a problem. Comcast may have provided the faster Broadband to us in LA, but their customer service was inept, rude, impatient, and thoroughly loathsome. In the long run, I prefer DSL. Go AT&T.

I certainly learned a great deal. I am still mystified by how an incorrect IP address could result in deteriorating Internet access. Why on earth didn’t it simply stop cold, instead of slowly getting worse over a period of at least two months? First, it began to slow. Then the connection would just disappear for no reason. A few minutes later, after running that "restoring connectivity" gizmo, it would be back and maybe last for quite a while, maybe not. The only constant was that it kept getting worse. That was what threw me. I assumed it had to be a problem with my computer, or our router. (Come to think of it, the latter may still be the case.) I was surprised how simple and quick it was to reconfigure the IP address and why it needed to be done. Most of all we got into this mess because I repeated an error I make all too often. Since I am painfully aware of what a dismal pseudo-geek I am, I always assume that I have messed up rather than putting the blame outside myself. That’s one of those things I am still working on. Oh, well, the clean-up job I started on my hard drives needs to be done anyway.
Posted by Anita Jesse at Friday, September 25, 2009