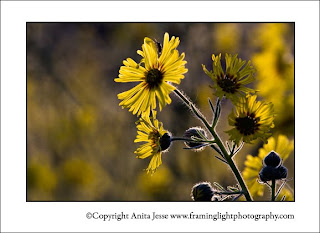 (Click on the thumbnail for the bigger, better version)
Last Friday was one of our “errands in Los Angeles” days. These days usually aren’t particularly entertaining—too much rushing from one point to another. too much traffic, and—on days like Friday— dull gray skies and haze that set a dismal tone. This time out we hit a particularly long string of sour notes. Almost every place we went to pick up something we can’t find in Tehachapi, the item was out of stock. With our tight schedule, we didn’t have time to chase around to branch stores. When the day was finally over, we came home with about half the errands on our list completed.

But, there was a bright spot. We stopped at our all-time favorite restaurant for lunch. "All- time favorite”. Are you picturing the posh place with a valet out front, designer décor, an exceptional wine list, fine linen napkins, extraordinarily expensive steaks, or fish cooked by an exotic chef with his own tv show?

No, you didn’t fall for that, did you? You have to know me better than that. Viva Fresh is a Mexican restaurant with décor that goes beyond cliché and, trust me, there is no valet. The parking lot is small and crowded—Beverly Hills this neighborhood is not. While it is a very nice neighborhood in one of the “horsey” parts of the San Fernando Valley, it isn’t where the uppercrust hang out for power lunches.
Viva sits just outside the fence of the Los Angeles Equestrian Center and the prime window seats in the main dining room face the Center along with the riding trail that encircles that facility. Since patrons often arrive at the restaurant on horseback rather than automobile, there are also tie rails or hitching posts in sight. (Nope. No valet to park your horse, either.) Unfortunately, that isn’t the end of the picture. The window seats also offer a fine view of the restaurant’s garbage bins. Never mind. You just focus on the horses and ignore the less scenic elements.

We first went there, years ago, because we had horses stabled a few hundred yards away at a stable called Din Cara. The stable was run by a wild man, named Will—a hard-boiled and opinionated British fellow who was one of those once-in-a-lifetime characters. Viva became a habit because it was perfectly located for a quick place to refuel after a few hours of tacking, then riding, followed by the dirty clean-up of horses and tack. Nothing much has changed. There are no formalities at Viva. Not surprisingly, dirty riding clothes, sweaty hats, and manure stained boots are a common sight in this eating establishment. We always knew that we could walk straight from the wash rack to Viva and all you had to clean up was your hands. The stained riding breeches and that nasty brown spot on your white shirt from when your horse snorted didn’t get a second glance from other equally untidy patrons.

Long after Din Cara was a distant memory, (obliterated for a housing development dubbed, Din Cara, to rub salt in our wounds), we continued eating at Viva. We kept going back, even though we had moved and no longer lived nearby, largely because the food has always been simple, but delicious. The refried beans (lard free), because they are so simple, rank at 95% as good as the pinto beans my mother cooked and, believe me, that is high praise. All the meat is fresh and tasty, the sauces are mouth-watering (how I miss those treats); and, while they serve a hot salsa that will scorch the roof of your mouth, it isn’t applied on your food for you. In the case of many, if not most, dishes, you get to be in charge of how spicy or mild you want your food. Perfect for me. On most evenings there is live music and the groups we have heard were made up of studio musicians. These folks are the top-notch professionals who play the scores for Hollywood movies. Good music. Good food. Tough to beat.

Even with the delicious food, one of the best things about going to Viva is that we often get to say “hello” to Joaquin. When we first began eating at Viva, Joaquin was a waiter there and after hundreds of meals at the place, we began to think of him as a friend. His brother worked at Din Cara mucking stalls and we were fans because they both worked hard and Joaquin, especially, always had a cheerful smile. One meal I will always remember was at the stable and not the restaurant. We came back from riding one evening to find Joaquin’s brother and his fellow workers cooking some beef over a hibachi. They generously invited us to sit with them and share their food. Naturally, we declined. We didn’t want to reduce the size of the meal for any of these fellows who had spent hours shoveling manure. But, they insisted. We finally gave in and they served us a couple of the best carne asada tacos we had every eaten.

Eventually, Joaquin partnered with one of his fellow workers and bought the restaurant. It was one of those stories that makes you feel proud and hopeful about life, as well as people, in general. By then, Viva was by far our favorite restaurant. On special occasions, we celebrated by going to Viva. When we were especially tired or needed cheering up, Mexican food always seemed to be the perfect choice. When we wanted to have a long, easy dinner with friends, we invited them to join us at Viva. We were regulars.

After we left Viva last Friday, I began thinking about how comforting it is to have some constants in our life. Almost nothing about our lives resembles the life we lived when we first decided, so long ago, that we should “check out the Mexican food down on Riverside”. We have moved household twice, and now only get to Burbank once every five or six weeks. The after-meal conversations are shorter—no time to linger, and we talk about very different matters these days. We only get there for lunch these days, so no music; but, not much has changed at Viva. The beans are still superb, the chips are still fresh, there are still plenty of dirty boots about, and sweaty people munch chips while they watch riders and horses passing by the windows. Folks tell me that the Margaritas are as good as ever (not something I will ever be able to vouch for, unless I am prepared to schedule a slot at the nearest emergency room). We still know most of the waiters working there. When we see Joaquin, he has the same quick smile. And, Viva still feels like home.
Posted by Anita Jesse at Wednesday, September 23, 2009