Drive-By Photography on the 58 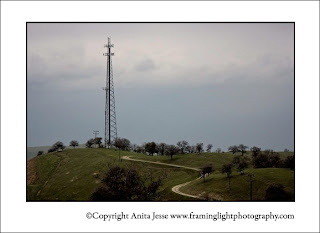 (Click on the thumbnail for the bigger, better version)
Last Friday, The Husband had to drive to Bakersfield to pick up an attachment for the tractor and I decided to tag along. Because he needed the trailer to pick up the beast he was buying, I knew that it wouldn’t be all fun and games. Hauling the trailer meant that pulling off the road wouldn’t be easy and I knew that The Husband wouldn’t be keen on taking any detours that might take us to a spot where it would be near impossible to back up and turn around. This would be strictly business.
Still, I thought it would be a good opportunity to spend some time catching up with him, and I always enjoy the drive on Highway 58 from Tehachapi to Bakersfield. I even enjoy seeing Bakersfield, occasionally. It’s not inspiring, but it’s vastly different from my surroundings and it’s the biggest city near us. I thought that I could use the change in scenery. That’s one of the true joys of my new life style. For decades, the idea of simply playing hooky just for the heck of it, was a subject calling for serious soul searching. Now, I can be irresponsible on a whim and without feeling guilty.

Since we have been surrounded by rain storms for the past several days, we weren’t surprised by the rain we drove through. But before the clouds opened, I had fun practicing my drive-by photography shooting scenes along the way. I can’t resist that type of shooting even though the return is quite small.
As I was firing away, I thought a bit about why that type of shooting appeals to me. I think the main draw is that I like the challenge of framing on the fly. The other reason that I don’t attempt to resist is that every so often I get a shot that I like, and those always seem like freebies. After all, I was shooting with nothing more in mind than sharpening my seeing skills, not really expecting keepers. Anything I like, then, is a pleasant surprise. Yes, it’s almost always true that even what qualifies as a drive-by keeper would have been better, if I had more time to do the job correctly. But, those shots are usually taken in spots where it would be impossible to pull over, unless we were willing to set off a multi-car pileup. Whlie they aren’t the shots that I would put in a portfolio representing my work, I always learn from them. Sometimes I enjoy them enough to process them and look at them more than once or twice.
Heck, I even shot through the windshield while it was raining. As long as the shutter button fires, I can't resist shooting. I have no will power when it comes to photography. 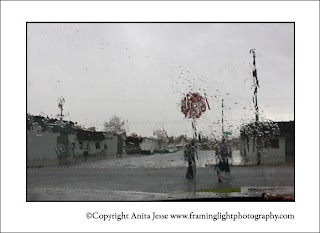 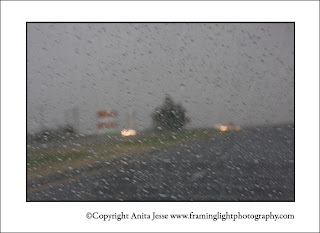