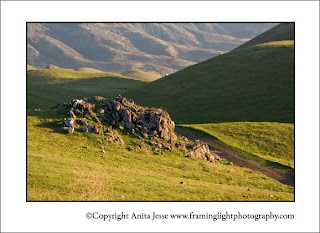 (Click on the thumbnail for the bigger, better version)
Yesterday’s job was matting and framing prints. Since I got only half the prints framed, it’s also today’s job. This brings up another one of those scientific mysteries that some smarty-pants needs to solve. I don’t think I should stick my neck out, having already come up with the theory that deadlines are surrounded by magnetic fields. I was personally dealing with a phenomenon that many of us have experienced. Just as you wrap up a task and are about to pat yourself on the back, you realize that completing that deadline left a vacuum and two brand new deadlines have magically appeared, rushing in to fill that space. Thus, instead of having one less deadline, you have two new deadlines.

Anyway, now I am wrestling with the gnrrr phenomenon—those dust specks and tiny pieces of lint that show up when you are framing a print. Why is it that no matter how much time you spend cleaning the glass for that frame and checking the matte, once you have the matte firmly in place and turn the frame over, specks of gnrrr will have appeared between the glass and the matte. Perhaps the most maddening aspect of this dastardly behavior is that the specks will be drawn to the matte more so than the print. Why? Simple. If the little devils appeared on the print, it’s conceivable that they might not be a problem. Perhaps the speck would disappear in the branches of a tree, or in the grass near the bottom of the print, or the folds of the person’s clothing, fur of an animal. Need I go on? The point is that there are likely to be dozens of places on that print where a fleck of gnrrr could lie unnoticed and remain benign. But, no. That speck will hightail it for the biggest, whitest area under that glass—right smack in the middle of a portion of the matte. Then it sits there and mocks you. “Peek-a-boo! Bet you didn’t see me!”

The most disturbing aspect of this behavior comes clear when you contemplate the ramifications of starting over to get rid of the gnrrr and the (horrors) dire risk at which you place yourself when you must begin over again. For example, the backing board that didn’t want to fit in the frame to begin with, now doesn’t want to budge. It must cajoled, threatened, and pried loose from its death grip. Furthermore, the edges of budget glass are sharp (anyone not on a budget can’t possibly relate to these questions and should retire immediately to drink a very expensive latte, or scotch, or whatever you squander money on these days and just let the rest of us whine in peace, while you browse expensive catalogs and order more toys.) Sharp glass is dangerous to work with and heaven forbid that you get blood all over everything. As if these issues weren’t enough to drive you mad, have you ever noticed how white mattes love leaping from your hand (while you are juggling frame, glass, and matte) to perform a double flip, then land on one corner. (While this is undeniably an amazing sight to behold, it holds the potential for sending you back to the beginning of the entire process. I had a personal experience with this yesterday and was incredibly lucky. The only injury to the fabulous flying matte was a small ding on the landing point that was deftly covered by the frame. This was most certainly not the intent of the matte. Of that I am sure. But, it was a lucky break for me.)

There is another rather striking fact about the behavior of gnrr, indeed all the elements of the framing process. The larger the print, the more glass with sharp edges, and the more certain one can be that there will be a gnrrr attacks. I have matted and framed 5x7 and 8x10, even 11x14 prints with relatively few incidents. Of course wrestling with frames sized for those prints is relatively easy. Currently, I am framing 13x19 prints and the attacks have increased exponentially.

At any rate, I will be back at it today—risking life, limb, and sanity as I go on gnrrr patrol. Maybe I’ll buy a lotto ticket after all and, if I win, I’ll have someone else do the matting and framing next time. In the meantime, pass the latte, please. I need it.
Posted by Anita Jesse at Saturday, February 14, 2009