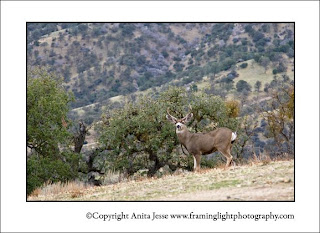 (Click on the thumbnail for the bigger, better version)
I don’t claim to be one who gets a new gadget and masters all the bells and whistles within twenty-four hours. I’m a bit of slow-poke. When I bought the 40D, I had my eye on a short list of key features. I had always found having to look at the top of the camera for ISO when everything else was in the viewfinder an absurd arrangement. Furthermore, I was elated to leave behind that annoying business of being forced to jump from ISO 400 to 800 when I needed just a little more light. The ability to adjust ISO in 1/3 stop increments rather than full stop ones was a major draw. Having schleped the 20D through traffic to Samy’s Cameras far too many times to have the sensor cleaned, I was elated over the notion of a sensor that would clean itself. As for the LCD screen, once I saw a three-inch screen, I knew there was no going back. Those, then, were the main features that had me reaching for the checkbook, and I immediately found that they more than fulfilled my expectations.

Of course there were other features being touted in the sales hype, but they had little impact on my decision. I never even remember how many pixels my camera shoots. That’s often a source of embarrassment because people will ask. You’d think I would learn the number to avoid that awkward moment, but it isn’t that critical to me. Live View wouldn’t have sold me, but I will end up using it occasionally and the improved viewfinder is a welcome change, but neither of those would have convinced me to spend the money. On the other hand, the capability for three combinations of camera settings available on the mode dial not only didn’t sell me, they sat there for months while I ignored the possibilities. I shoot mostly in Manual mode and I wasn’t looking or a change.

But then one day, I stepped outside a friend’s house near twilight, and while I stood mesmerized by the scene in front of me, I became aware that something or someone on my left was watching me. When I turned my head, I was eye to eye (well, he was probably thirty feet away) with a beautiful big buck. I had my usual walkabout lens (the 24-105mm 4f) on the camera—not exactly a wildlife setup—but I was determined to give it a stab. In my excitement, I fumbled frantically with my manual settings and meanwhile the space was made in my brain for a major change in shooting habits. I got a decent shot, but only because the buck was deeply curious and looked me over quite thoroughly before he sprang over the edge of the hill and out of sight.

That evening I got out the manual and investigated custom settings. I now have all three set up for different situations in which I might have little time to make decisions and change a number of camera settings. One of them is set for TV (shutter priority) 1/500, ISO 400 (to provide some leeway) and AI Servo. Already, they have come in handy, and I’m looking forward to the next wildlife encounter—so long as the encounter doesn’t involve one of the mountain lions that have been spotted up here. Canon doesn’t have a custom setting to cover that situation.
Posted by Anita Jesse at Tuesday, January 13, 2009