Filling Up Hard Drives and Tracing The Lines of My Face 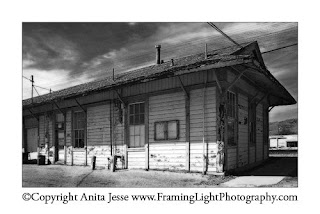 I have no intention of delving deep into this topic of why some of us feel compelled to take photographs. Certainly, the subject has been examined by people far wiser, more articulate, and with decades more experience than I. Still, while I may have nothing truly fresh or original to bring to the conversation, I have been musing lately on my personal need to accumulate all these folders filled with images most of which will be seen by no one other than myself and perhaps, The Husband. Ultimately, I decided that it was useful to organize my thoughts on the subject and profit by the clarification that the exercise would likely produce.

A side note: Due to a typo (or so I thought), I misspelled the word compelled in the first sentence of this post. When I re-read my post for editing, I discovered that rather than typing compelled, I had written completed. Well, that certainly set me thinking in even more directions. Nowadays, making pictures does make me feel more complete.

At any rate, I had been thinking about how taking photographs helps me to see my world more clearly and to be more conscious of the moment. I have always appreciated the mystery and splendor of nature, but I am looking much more closely now because of time spent with a camera in hand.

It seems to me that, for one thing, there is an honoring, acknowledgment, or salute that is taking place when I snap the shutter. When I point my lens at something around me I make the statement: this matters—perhaps only to me, but still, I have now stepped forward to become the one of those who paid attention. In the giant scheme of things, my act of acknowledgment certainly makes a leaf falling of cosmic importance in comparison.

Of course what does matter is that when I point my lens at a thing, while I am connected with what I see, I am also refining my understanding of who and what I am. (Here, I am decidedly less than original.) Paul Butzi, for one, has written about this in some depth and fairly recently, if I recall, even though I don't remember all the specific articles. Moreover, just a couple of weeks ago, Andrew Ilachinski posted a wonderful article on photography as a tool for self-discovery. Andrew included this marvelous quotation that I have repeated here:
“A man sets out to draw the world.
As the years go by, he peoples a space
with images of provinces,
kingdoms, mountains, bays, ships,
islands, fishes, rooms, instruments,
stars, horses, and individuals.
A short time before he dies,
he discovers that the patient labyrinth
of lines traces the lineaments
of his own face.”- JORGE LUIS BORGES
Recently, I had a little lesson in how my paying attention connects me to a subject and causes me to become, in a way, attached to something I have photographed. On my first trip to Techachapi, California in 2004, when I had gotten my first DSLR, the Canon Rebel-D, I was quite taken with the dilapidated train station in the middle of town. Later, I learned that the old depot, having been built in the late 1800’s by the Southern Pacific railroad, was a revered part of the small town’s history and that it was on the National Register of Historic Places.
At the end of last year, we decided to retire to Bear Valley Springs which is just a few miles outside Tehachapi and I was eagerly looking forward to spending many happy hours on Tehachapi Boulevard utilizing my latest camera acquisition for further exploration of the wonderful old depot. As we began to make trips to (mostly only through) Tehachapi, I discovered that the station was barricaded due to a massive renovation that had been undertaken by community volunteers. Indeed, the fellow from whom we bought our house up there told us he was proud to be participating in the renovation. I had my fingers crossed that the town’s committee for the project hadn’t elected to improve on the structure and make it more tourist-worthy—you know bigger, better, and shinier. I confess I was a little anxious about the outcome.

And then, mid-June, we went to Bear Valley for a couple of days and when I spotted a sign proclaiming an arts and crafts fair at Central Park in Tehachapi, I convinced The Husband that he would need a break from weed whacking and we should take advantage of the opportunity to meet some folks from town. It turned out that Central Park was just off Tehachapi Boulevard and as we made our way to the fair that Sunday, I knew that our route would take us right by the depot, so I thought about checking the latest progress on the renovation.

The sight we saw took our breath away. Where the over a hundred year old building with the peeling paint and years of rich history had stood, there was only a pile of charred rubble. We both were devastated. Later that day, we learned that the building had been destroyed in a fire that had broken out in the early hours of Friday, the 13th and that by the time the fire department arrived, the building couldn’t be saved. Arson was suspected and the latest news is that fireworks were involved. It turns out the sprinkler system was to have been installed on Friday followed, within days, by the grand re-opening of the town’s pride and joy. According to the people we talked to that Sunday, the city has plans to rebuild the historic site. But, it turns out I will have to wait a long time to reacquaint myself with the delightful old Southern Pacific depot.
Posted by Anita Jesse at Sunday, June 22, 2008