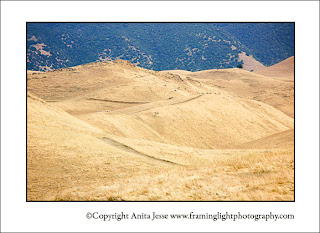 (Click on the thumbnail for the bigger, better version)
I had been forewarned to install iTunes on my desktop in preparation for the arrival of my iPad. I also knew that I had to deal with creating a folder for the photos I wanted on the tablet, resize those images, and be ready to "sync", whatever the heck that meant. I wasn't excited about either chore.

I had struggled with iTunes years ago and positively loathed the sound of its name. It irked me that I would have to deal with it again. I knew I had a great deal to learn; but, having seen that the tablet wasn't likely to arrive before June 8, I postponed the inevitable and stayed busy with other projects. There was a surprise in store.

Last Friday afternoon, the FedEx truck pulled up in front of our house. "Why was he here", was all I could think? Then, as he headed to the door, I saw the size of the package in his hand. Uh Oh. The iPad was several days early.

There I was—tablet in hand and hours away from having anything on it. It was an interesting weekend. But, I now have a functioning iPad and iTunes isn't nearly the nightmare that I remembered it to be. There were a few rough patches and I am not left any swearing allowance for the entire remainder of this month; but, I think I am over the worst of it.

Although I am never ready for the green to fade on those foothills along Highway 58, I love them just as much when they turn to gold. Every time we make that drive I want wings. What would it be like to spend your days soaring above those miles upon miles of rolling hills and valleys at the southern base of the Sierra Nevadas?
Posted by Anita Jesse at Monday, June 06, 2011