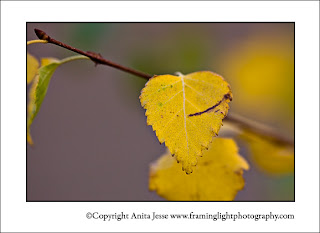 (Click on the thumbnail for the bigger, better version)
As the largest city in the U.S., you can imagine how many radio stations there are in that massive and diverse market. Bakersfield (the nearest city of any size in our area) has, I think, a grand total of four stations. Furthermore, up here in the mountains, we get only one.

I usually have the radio on in the afternoons, since I’m not much of a TV watcher. A big part of the listening on KNZR includes the bumper music that both of the local talk show guys play. The three o’clock host is all about Frank Sinatra. Once in a while, he will throw in a little Tony Bennett, but mostly it’s “Old Blue Eyes”. The one o’clock guy, on the other hand, has a real weak spot for Merle Haggard. Yes, that’s a pretty big leap. Still, they are both all right with me. I’m rarely fully focused on the music, and I don’t mind either choice. I enjoy both of them.

This afternoon was a different story. The one o’clock guy did three hours that was all about Lynyrd Skynyrd. Now, I’m the first to admit that my pop musical tastes are not the most hip. I can take rap for about thirty seconds and never even got as far as acid rock, or heavy metal much less the stuff that came after that. I know it makes me a country bumpkin to admit that I’m not a super big fan of jazz. But, classic country rock. Yeah, that’s good music.

I was doing great—getting some work done while those southern boys were wailing away in the background. I was enjoying something different in the early afternoon, then I ended up in the kitchen doing some baking and some cleanup when “Sweet Home Alabama” came up in the host’s roster.

First, a disclaimer: Let's just say I never turned heads on the dance floor. But, since my first broken hip, I really don’t dance at all. Long ago, I made my peace with not having much talent in that department, so that isn’t the problem. But, once I was fully ambulatory again, I always ended up hurting my back every time I tried dancing. Pain is a great motivator. I gave up what passed for dancing in my case.

Yet, I have been known to make exceptions. Now, I could claim I was a victim of circumstance in this case, but I won’t make excuses. There I was, alone in the kitchen. The guitar riff at the opening of “Sweet Home Alabama” began; I was on my feet; and, well, one thing led to another. I may have still had a dish towel in my hand when I began making a fool of myself. My head was saying, “Stop”. My feet were saying, “Go.” I mean it was Lynyrd Skynyrd!

So, my back will hurt tonight. Right now, I think it will be worth it. Ask me about it tomorrow.
P.S. Fair warning: This posting twice a day thing is a bad precedent and not apt to be repeated often.
Posted by Anita Jesse at Friday, October 23, 2009