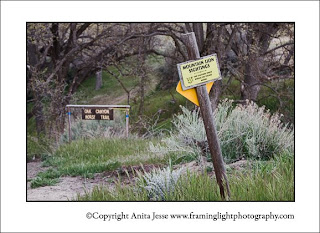 (Click on the thumbnail for the bigger, better version)
My recent projects have taken on a life of their own. News of another show coming up June 5th meant a new postcard for publicity. In the next couple of days, I have to have copies of a flyer for a first-time equine event in Tehachapi. The Husband and I want to attend the event and offer support to a young woman who has taken over an equestrian center and stable and has great ambitions. The Husband is particularly interested in the event, since there will be exhibits and clinics. We hope to learn some things and mostly get to know more horse people in “The Greater Tehachapi Area”. That sounds like a rather large area and lots of people, right? Well, it is a large in terms of square miles, but the population is spread blessedly thin. However, there are a fair number of horse owners in all these small communities, and we are both interested in meeting more of those folks.

Between preparing for events such as the equine affair and working on new prints along with some framing chores, I haven’t been able to concentrate on SoFoBoMo. Last year, I was tempted to drop out after I signed up, because I was so intimidated by the people participating and I was nervous about completing my book. It turned out to be an invaluable experience, and I will be eternally grateful that I persisted despite the anxieties. (If you are worried about committing, or you have signed up and you are getting nervous about the venture, take a breath and plunge in. I promise you, you won’t regret it.) In contrast, I wouldn’t miss the fun this year for anything. Indeed, I had looked forward to it for months. Ironically, I now find myself so swamped that I can’t think straight and couldn’t begin on May 1, after all.

I have done only the most minimal kind of planning for my thirty-five photographs in e-book form. But, I have made a few tentative decidions. For example, I have, at least, given some thought to location. A couple of weeks ago, I investigated a horse trail near us that winds through a canyon and is rich with trees, rocks, plant life, and a tiny rivulet of water that may last through June (so I have heard). So far, when it comes to where to shoot, Oak Canyon is ahead in the running. The sign pictured above, however, means that I will be looking for a companion when I go down there to shoot.

Unlike several SoFoBoMo participants, I am not planning to limit myself in terms of lenses. I will likely be shooting with my favorite walkaround lens, the 24-105mm, plus the 100mm macro, and maybe even "Big Bertha", the 70-100mm f2.8.

Especially with all the unexpected projects that have exploded, I will keep my layout and text sparse and ultra-simple. I know a number of people are looking to stretch by pushing the limits of the e-book format. I will have to settle for enjoying the results of their creative ambitions.

I know that my project will most certainly be influenced by the two shows that I have done so far, as well as the one that I am preparing for; but, currently, I couldn’t begin to articulate what that influence will be. I do know that the shows have ended up with the focus clearly on equine images, while the SoFoBoMo project will feature landscapes.
Posted by Anita Jesse at Thursday, May 07, 2009