Rain on My Parade 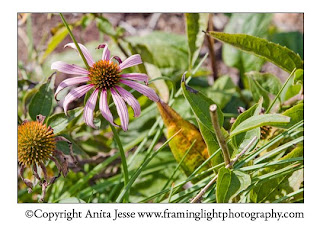 (Click on the thumbnail for the bigger, better version)
It may have rained on my parade, but it was a heck of a parade anyway. For the first time in weeks, the “possible” rain made it here and, for an hour or two before the show, I was concerned that the weather would result in a small turnout. On the contrary, a surprising number of folks weren’t afraid of melting, and a grand time was had by all. Lori and her fiancé, Robert, were excited about the numbers who joined us—especially since they are the newest venue and meant that folks needed to add a brand new stop to their First Friday tour.

I met lots of people and visited with some new friends. I learned a great deal about local publications, organizations, upcoming events, and resources. As if that weren’t enough, sales were extremely encouraging. (Lori feels certain that the interest in the work was strong enough that some people just need time to finalize that decision to purchase and will return next week to buy their favorite print. I seem to have found the price range for this market. I definitely wasn’t willing to sell at a price that would make the whole venture exclusively an ego boost. (They like me. They really, really like me. With apologies to Sally Field.) But, I faced reality.

At the end of the evening, I inquired as to who would be the next featured artist and was surprised to learn that Lori and Robert want to feature my prints again for first Friday in June. The good news is that ,with sales and another show in a month, I have work and deadlines coming out my ears—prints to replace; new work to add for the June show. The bad news is that I will have to postpone my SoFoBoMo project a little longer. I am still eager to begin my book, and wish I could just split up into two people for the next four or five weeks. I think I have gotten a glimmer of where I want to shoot, but need one more scouting trip to confirm the decisions. Now, it's about those extra hours in the day that I have been requesting for years.
Posted by Anita Jesse at Wednesday, May 06, 2009