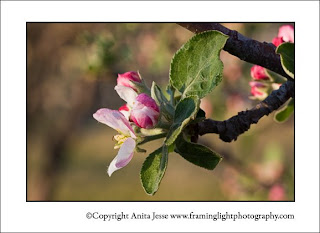 (Click on the thumbnail for the bigger, better version)
I owe apologies to a number of people for not having responded to messages and comments. My head is hung appropriately low. Please forgive my tardiness. The excuses and responses to some messages will appear under Confessions and Disclosures.

I have been having a blast getting ready for First Friday. Hmm. That’s not much of an excuse, is it? Framing still isn’t my favorite task, but even that has been easier this round. (More about that another day.)

Mostly, I am so busy because I keep thinking of more images that I want to add to this display next Friday. (Yikes. That’s only a week from day! Time’s a wastin’). Sometimes I go looking for a picture that I remember and I get lost wandering around in old files. Soon hours have gone by because I find something I like and had forgotten, or something I meant to process and never got to. The next thing I know it’s time to go to bed and I am a little further behind on this project.

In the meantime, I discovered (with some advice and guidance) a new wonderful photo location—Oak Canyon Trail right here in Bear Valley Springs. As if all the other joys of the canyon were not enough, there are apple trees blooming at the head of that trail. That, along with a blissfully calm day with very little wind, meant a welcome opportunity to get out the macro lens. Thank goodness I am not limited as to how much fun I am allowed in any one day. Now, if I just didn’t have to waste time sleeping! Sigh.

The only serious drawback to all this merriment is that I still haven’t buckled down to focus on my SoFoBoMo project. Since the First Friday event falls on May 1 and I will almost certainly be immersed in that project through that day, it does look as if I will start my photo book a day or two later than the official start date. Last year, I was among the eager beavers who jumped out of the gate the moment the starting gun went off and I will miss not being part of that group this year. But, I should be up and running by May 3, at least.

I still haven’t pinned down my project theme, but sometime next week I will have to commit or be forced to start a week or two later. I know that I will stay close to home. I am increasingly comfortable with the fact that, while I enjoy traveling and discovering new places, I am most productive when exploring my own home turf. I will be shooting close to home.

Filed under Confessions:
Paul Lester has been kind enough to encourage me in my desire(?) to take more portraits. He even took the time to sent me a link to a post at Craig Tanner’s site. If you need any encouragement to ask permission to shoot a portrait of a stranger, this audio may well be that final push that you need. But, wait. There’s more.

It’s time for me to ‘fess up about my reluctance to ask people if I can take their photograph. Yes, I know I would feel a slight sting of rejection if the individual were to say “no”, but that isn’t the fear that stops me. There are two greater fears that hold me back.

One fear is that the person will say yes, I will shoot, and my results will be lousy. My fear is that I will have implied a promise of something, then couldn’t deliver. I will have said that I could, when I couldn’t. The second fear is that the person will suspect that my interest in them was less than authentic and I was angling for a photograph rather than being simply interested in them and what they had to say. Paul Butzi’s recent post on how sometimes a camera gets between us and the events around us resonated deeply with me. Sometimes, I just don’t want to put anything between me and the delicious experience of discovering a fragile link with a lovely human being who has opened up to me.

Sure, I know that my fears are just as foolish as the fear of rejection and they boil down to simple fear of failure. Besides, if any of my fears were realized none of them would bring about the end of the world. I would certainly survive either of the possible negative outcomes. Still I know the tree, mountain, flower, stream, will be much more forgiving of my intrusion and won’t even be interested in my results. I can’t be so certain about a person. What’s particularly strange about the first of my bigger fears is that I don’t have that paralyzing anxiety about photographing horses. I get a little anxious, but basically I have confidence in what I want to do and my ability to do it—even when the owners will be in the photos. All those years of working with actors has paid off when it comes to working with folks in front of my camera. Still, these are people that I know and we have already developed some sort of relationship. Furthermore, it is the person I am photographing who wants the photos. That, then, is a very different story.

My ambivalence about shooting portraits has spurred yet another project that is in an embryonic form. I am working on an arrangement with a new friend to shoot a series of photos that are just as much about the person as the animals. Still, you notice that I had to get animals involved. I move slowly, but there is discernable movement on many fronts.
Posted by Anita Jesse at Friday, April 24, 2009