Fate Has a Sense of Humor 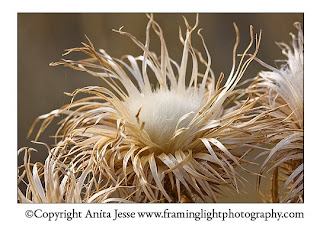 (Click on the thumbnail for the bigger, better version)
It’s a rather cruel twist of fate that I got interested in photography. I hadn’t realized that it is a field ideally suited, in many ways, for engineers, computer programmers, and other folks with minds that work in what I find to be wondrous and mysterious ways—ways that I can’t begin to fathom. I remember well what a dreadful shock it was when I discovered that using a camera involves constant encounters with (shudder) mathematics.

Like many others, I’m guessing, who became interested in photography after the digital age was in full swing, I began shooting almost exclusively in Auto mode. Soon, I became dissatisfied with the photographs I got when I left all the decisions to the Canon A70. I developed a keen curiosity about all those other modes that promised better pictures. Talk about naïve. I had no idea that my curiosity would plunge me into a world of swarming with numbers.

Fortunately, or unfortunately (the latter would be in terms of eventual damage to the family budget), The Husband’s youthful years spent in photography school encouraged my belief that I could move beyond Auto and explore the wonderful world of manual mode. After all, I was fortunate enough to have an in-house instructor. But, as soon as I began quizzing the teacher for help, I was stopped in my tracks. When The Husband began to explain terms, my head started to spin and my ears began to ring, He wouldn’t stop spouting numbers—numbers, and more numbers. Every question I asked set him off with the numbers. Numbers everywhere I turned. Aperture? Numbers. And the numbers are upside down, for crying out loud. To get more light you dial in a lower number. Now, that is perverse. Early on, that one put a real kink in my learning curve. Shutter speed and ISO? Stop the numbers, please. You get into flash and all anyone talks about is those infernal numbers. There seem to be no numbers-free zones when comes to operating the camera.

I should tell you that I have never been fond of numbers. Don’t know why. Can’t explain it. Never flunked a math class. Never was humiliated by a math teacher. Makes no sense. I remember clearly coming home from school one day, soon after starting second grade, and announcing to my mother that I wasn’t any good at math. She stared at me with disbelief and said, “How do you know? You haven’t even taken a math class.” I don’t recall knowing how I knew, but I was certain of my facts. Depending upon your philosophy about these things, you may think that because I believed that I wouldn’t be good at math, I created the problem for myself. Or, you may believe that I was precocious for my age and could see the future. Naturally, I prefer the latter interpretation.

Now, I add, subtract, divide and multiply just fine. But, that’s where it stops, thank you. I made A’s in the math classes that I had to take to go to college—but it was only because I was good at memorizing facts. I never had a clue when it came to the actual practical uses of math beyond balancing a checkbook—one of the truly odious tasks in life. I dutifully memorized the material, and then the day after the tests everything I had memorized drained out of my brain leaving behind a fully restored numbers-free zone.

All that math presented a rigorous test of my newly discovered passion and, more than once, I was tempted to abandon the entire venture. I wanted to make pictures; I didn’t want to go back to memorizing math formulas. To this day, anytime I read an article, or a section of a book, wherein the author veers off into helpful rules for shutter speed proportional to lens length, formulas to memorize that will serve as a starting point for exposure in specific types of circumstances, or flash speed sync my brain threatens to lock. I still have to fight the impulse to simply skip over those paragraphs.
And it’s a good thing that I have fought that desire to bail out, because I can tell that a little of the information has seeped into some remote portion of my consciousness. I still couldn’t quote the formulas, and if you quizzed me on any of the “rules”, I would humiliate myself. However, I can see that gradually I have learned to work a little faster and a little more efficiently, even it is all about those icky little numbers. I suppose that exposure (no pun intended) to all those formulas has made a difference—even if they do strike fear in my heart.
Posted by Anita Jesse at Wednesday, November 12, 2008