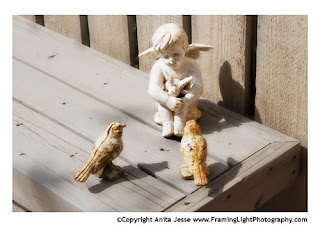 (Click on the thumbnail to view larger image)
For several days, I felt that if Paul Butzi was “becalmed”, I had run my vessel aground. I couldn’t have been more stuck. I vacillated between panic and despondency over my lack of a theme for the SoFoBoMo project. For a few hours, I was comforted by having reading Paul’s post, “Art, Scope, and Comparisons”. His thoughtful essay reminded me to stop comparing myself to others and simply make the most of my own talents—regardless of how meager they may be. Within a day, I had lost the thread of that thought and sunk back into despair. Over the past few weeks, I had come up with a few vague ideas and briefly committed to a couple of them, but nothing motivated me for more than a day or two. I beat myself up because everyone else seemed to have the question settled. Everyone else was busy planning and adding new skills so they could more fully realize their project. They all seemed to be sailing along compared to where I was.

Mark Hobson dropped by my blog and left a bombshell of an idea. He suggested that moving should be my theme. I was horrified and told him so. Dwell on this miserable experience? Are you crazy? Not a chance. I put that idea out of my mind. Yechh. Goodbye and good riddance. Yesterday, I was certain there was absolutely nothing worthwhile I was capable of photographing with my limited skills, and that I was bound to humiliate myself with my puny effort. This morning, I read Paul Lester’s post referencing my frequent use of Photoshop to work through rough emotional patches. His calm and focus served to highlight my own confusion. Furthermore, he mentioned that sometimes he “shoots” his way through a problem. And then, this morning, I read Doug Stockdale’s post describing the change that his job has dictated for his plans. Doug sounded unflustered in spite of the fact that his work had forced him to abandon his chosen theme—it appeared that he simply embraced the altered plan and found the positive aspects of it.

Perhaps it was the intense embarrassment I experienced when reading Doug’s post that finally shook things loose for me. While he had accepted the facts of his situation and moved on, I had been in a constant “tizzy”—entirely of my own making. Within hours, I felt the shift beginning and I had my theme. Finally, I was once again looking forward to this insane thirty day challenge.

Your mother was right. It pays to “hang out” with the right kind of people. All those posts I read sat brewing in my subconscious, and finally I was shifting off that sandbar. Mark was right. It revolves around the move. Paul B was right. I was paying to much attention to how clever and talented everyone else is. Paul L was right: shoot your way through it. Doug was right. Put your head down, tack, and stay with it.