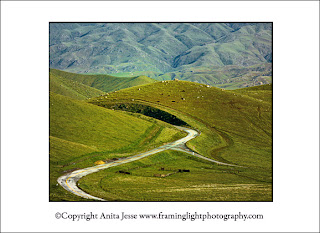 (Click on the thumbnail for the bigger, better version)
Several recent comments here, as well as posts by other bloggers, have caused me to think more about the decisions we make regarding the fate of our photographs. For me, at least, it's usually fairly simple to identify the bombs that I really don't want to be reminded of. Ever. Those are deleted during the first edit.

Then, there are the ones that may someday work—they aren't exactly singing to me, but seeing them the next time I open the folder won't send me into a fit of depression.  A few of those get processed, sometimes reworked a time or two, and sometimes shared. Periodically one of them even becomes a new favorite.

Rarely, there is a RAW file that fairly shouts, "Me. Me." When that happens the picture is usually shared in one form or another. Sometimes those get printed.

Now, if only all the pictures fell neatly into one of these three categories. Unfortunately, I end up with too many in the "What Now?" category. In this case, I find that the dialogue runs toward, "I like it. I think. But, I'm not sure why. Is it because this reminds me of something that I have previously admired? That's probably it. Mine is a lousy imitation of something good. Yeah. I hate it. I think." When that happens, I spend varying amounts of time weighing the risks of showing something that I am drawn to, but have absolutely no confidence in. (This scenario fits the photo I published on March 23.) Sometimes, I am in a what -the-heck mood. On other occasions, I cave and the photograph remains in the folder sinking further and further to the bottom of the black hole that is my old folders. Eventually, most of those images are lost and forgotten.

Lately, I have posted a great number of pictures from my "drive-by" folders. I don't prefer to shoot that way, but we seem to always be on the road these days to some appointment or the other, and the camera helps me make the trip with some degree of calm. You probably recognize the picture above as another from the series taken along Highway 58 on the way down to Bakersfield. I have become self-conscious about posting so many of these pictures taken on the fly with the G7, but this is mostly what is happening in my life at the moment.

Do you ever have discussions with yourself about whether to share a picture, or tuck it away in your "private file"?
Posted by Anita Jesse at Thursday, April 07, 2011