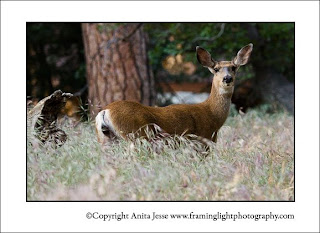 Today I am marking the second anniversary of my blog. And, I haven’t a thing to wear. Actually, the problem is that I don’t have much to say about it.

I suppose it is worth a sentence or two to say that when I began my blog on July 11, 2007, I had no real clue what I would write about and why I was starting a blog. It seemed as though it was worth trying—after all, it was free. Unfortunately, my posting is as erratic as it was in the beginning, and I certainly wish that I had chosen a more original name for the blog, but I wasn’t willing to invest much thought in the experiment when I began—I was that unsure of my intentions. A couple of days ago, Andreas Manessinger shared fascinating thoughts about blogging and celebrated post 1000 in two and a half years. In my two years, I haven’t posted one-third that number. I could work on being more consistent. Still, I can’t imagine now allowing the blog to wither and die. I am grateful that I decided to explore the blogosphere.

The photograph of the doe was taken mid-June when higher ISO was on my mind. (I had just gotten the 50D.) The Husband and I took a drive up on Deer Trail to enjoy the view and spotted this gal beside the road. The light was fading quickly and this was taken at ISO 1600. I couldn’t very well bracket shots (she wasn’t still long) which meant the exposure for the dark background was less than ideal and showed some moderately unattractive noise. I experimented with a small amount of selective noise reduction in CS3. A down and dirty mask thanks to the Quick Selection Tool made the selective part easy and fast.

After shooting with the 50D for a little over a month now, I am comfortable with the battery grip. I still shoot occasionally with the 40D, even the 20D, and I continue to have moments of mental paralysis when shifting from one body to another. I know that I could only solve that problem by taking hundreds of photographs every day and regularly changing bodies. Not likely, I am afraid—except in brief periods of intense activity.
Posted by Anita Jesse at Saturday, July 11, 2009