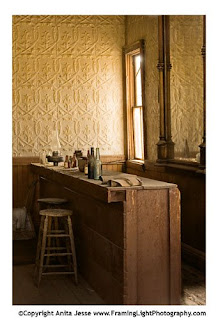 (Click on the thumbnail to view larger image)
On a day you have planned for some macro photography, you don’t want to fight 12 to 20 miles-per-hour wind gusts—and broken tree branches already on the deck warning you there may be more where that came from. Thankfully that seems to have finally passed.

On a day you have planned to accomplish anything creative, you don’t want to get by on three hours sleep. I am blessed, and deeply grateful, to be in exceptionally good health considering I am a woman of a certain age—you’ll get no more than that out of me in a public statement. Still, my body pulls a few dirty tricks now and again, and wrings me out good. As I chatted with my general practitioner yesterday about my CT scan, we came to some interesting conclusions about my digestive system. I was elated by the news that I passed the test. Who has time for a surgery now?!! However, since the mystery remains concerning my mysterious episodes, I submitted that my gall bladder evidently “takes a great picture, but just doesn’t work”. My doctor quipped, “You mean it’s pretty, but can’t act.” Perfect. And still one more demonstration that if you mention “The Industry” in Los Angeles, everyone knows you are talking about the film and television industry. Even our most serious-minded and professional doctors can converse in Hollywoodese.)

At any rate, with so many of today’s plans disintegrating, the strategy is obvious: scrap initial plans and rethink the day. Besides, it’s not as if I don’t have a to-do list longer than my arm, so it won’t be a wasted day. Although the end is in sight, the husband and I are still hip-deep in tax preparation. Furthermore, we are deeply immersed in negotiating the sale of one of our small businesses that my husband has operated for twenty-five years. Another education.

And, speaking of education, I am reviewing my well-marked copy of Robin Williams' book, “The Non-Designer’s Design Book” and I have just gotten into my latest acquisition, Pete Masterson’s “Book Design and Production”. (Thank you Paul Lester for the recommendation.) When I wrote my acting books many years ago, I relied pretty much exclusively on “The Self–Publishing Manual” by Dan Poynter for the basics of layout and design, and it is an excellent source. Still, when I got the Robin Williams book, I gave myself a tardy, but swift kick where it would do the most good. Now that I have the Pete Masterson book, I may have to repeat that exercise.

Mr. Masterson’s chapter on software tools is a good news-bad news story for me. The good news is that the author validates my perception that InDesign is more difficult to learn than Pagemaker. (That’s a relief. I didn’t think I had started losing it, since I learned Photoshop at the same time I tried and failed InDesign) The bad news is that he has convinced that if I want to get serious about producing books (and that’s an unanswered question at this point) I should upgrade to InDesign and learn to use the dastardly thing. In the software contest, Pagemaker 7, my current choice, ranks with the “professional quality” programs, but it doesn’t rank number one. That spot goes to the pricey, InDesign. Since I haven’t yet committed to investing another large chunk of cash in a 5th edition of the first acting book or the 2nd edition of the second book—unless they are classics, books get old and die without massive measures to resuscitate. And, we won’t get into the third book that never went beyond the successful, but neglected pilot version that was introduced, and well received, at teachers’ conferences. When you consider that I don’t know how much text I will want to do in future photo books, I am still not convinced that I need to send Adobe anymore of my life’s savings. For now, I will go with “professional quality”, just not the best.

The photo above reminds me that someday I just may want shoot a personal-project photo book in Bodie, California. I could easily spend a week there reveling in the opportunities.
Posted by Anita Jesse at Wednesday, April 09, 2008