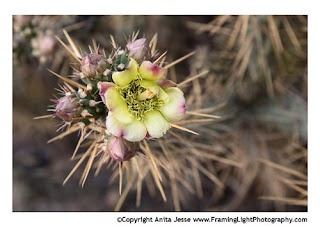 As I make my way through the final stages on my book, I am shaking my head over some of the discoveries.

1. This isn’t the book I intended to make. When I signed up for SoFoBoMo, I was looking forward to trying my hand at producing an elegant book with a small number of images (close to the required limit) that would somewhat accurately represent the best work I am capable of at this point in my life and still stay within the time limits. I thought I was making a book to learn about producing a photo book and get past the fears of tackling such a mammoth project, so I would be encouraged to later produce such a book without the time constraints. I intended to be shrewd and disciplined by including little text—to make it a photo book in the purest sense of the term. That decision would allow me to focus exclusively on the images and the layout thus saving valuable time. Instead, I ended up making something that met almost none of my initial objectives.

2. The book has turned out to be bulky (plenty of text, after all), and a much bigger mess than I thought I could tolerate, but each time I have tried to make it fit into anything vaguely resembling that elegant image in my mind, the whole thing fell apart and became so utterly meaningless that I couldn’t bear to finish it.

3. Choosing a very personal focus for my book ended up being a double-edged sword. The hunger to capture images that would later serve as a bittersweet reminder of the home I have loved for twenty years provided the emotional heat that powered me through the long hours, but perhaps melted my brain. The book is a mass of contradictions and examples of a project gone berserk. For example, there are far too many images in the book for the project I wanted to produce and only about half enough to satisfy the hunger that drove the work. Furthermore, while I envisioned something simple and elegant, the final product is sprawling, decidedly untidy, and as much in need of pruning as the locations that I photographed.

4. Ultimately, this is a reminder that all creative endeavors are a messy business and filled with unpredictability—indeed, for many of us that is part of its joy. I am pretty much spent and have left for myself this one day for proofing text and finding assorted gremlins.

5. The journey has been frustrating, exhausting, inspiring, and I have crammed more new information into my head in the two months of preparation and execution than I dreamed possible. Still, I am grateful that I lost my head and signed up to be part of this madness.