Something Silly This Way Comes 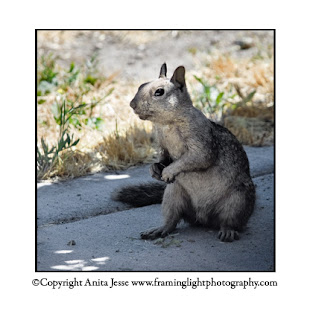 I started at least three posts, but finally faced the facts. I could only manage something silly. A snapshot that makes me smile.

Of course, it has been easier to smile since The Husband was returned safely to me late yesterday. He is making only croaking noises due to bruising of vocal cords; otherwise, he is doing rather well. The surgery was the result of a parathyroid gland. I know. I didn't know we had any either. Turns out we have four, located near the thyroid gland and sometimes one runs amuck. When that happens, that one will begin to overproduce all sorts of things not good for the rest of the body. The gland that began the size of a grain of rice starts growing and needs to come out. He now has one less parathyroid gland (that had become the size of a large grape) and for the moment is quite hoarse. By next week he should as good as new—well, okay, a lot better than he was.

I was guilt-ridden because I couldn't be there to take care of him; but, frankly, he had said that if I was the one to take him there and back he would be burdened with the anxiety over my well-being. I had to admit he made strong points. I know that my anxiety over three friends who are dealing with devastating news tears at me. So his assessment was not what I wanted to hear, but factual.

This is a learning experience I hadn't planned on. Denial can be a wonderful tool, can't it? Besides, some things we just don't imagine ever having to deal with and that is healthy, I think. It truly is a blessing that most young people can't comprehend what lies ahead of them. Egads! If at twenty-five you could fully imagine what your body could be going through in later decades, you might not want to face it. You likely would, at least, be really ticked off. I am being flippant, at the moment, but I do believe that it is just as well that we have those early years of living in blissful ignorance. If there is nothing we can do to avoid what is in store, why spend time dreading it? I am thrust fully into my "education". During this schooling, I fully expect to drag out that old denial technique periodically. I suspect it will come in handy.
Posted by Anita Jesse at Friday, September 09, 2011