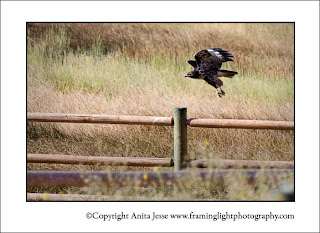 (Click on the thumbnail for the bigger, better version)
The more progress I make with this cleanup the more I realize how much is yet ahead of me. It isn’t as if I had dumped files on random hard drives with no system at all; still, I have found my system woefully wanting. Part of my problem is that I got completely shutter-happy for several months this year and my shaky system was overwhelmed. It was overwhelmed partly because the system was weak, but mostly because I got took hundreds of pictures and began rushing to the next batch of photos before I completed the workflow on the previous one.

As for my filling system, it isn’t as if I hadn’t spent hours reading articles about workflow and organization. But, not surprisingly, if you read twelve experts on organization of files you get twelve different plans for surefire solutions. At this point, I am more convinced than ever that some of this flailing about it is an inevitable part of the process. I suspect that ultimately, each of us has to establish a system that works for us. For example, I remember studying the workflow of one individual who organizes all his files almost exclusively by numbers, assigning each project a unique number. Ugh, my head hurts just thinking about it. Though I learned early on that some numbers, dates and file numbers for example, are essential, that expert’s methods would turn me into a whimpering wreck in less than a month.

My method of organizing my files is still in flux and that is the major problem. The biggest problem was procrastination. I put off the drudgery work and had fun. Am I contrite? Not really. Yes, I now face an unholy mess. But, I had a grand time creating it, and I learned a great deal. It will be a long slow process, but I am getting closer to sorting out the chaos.

And then, there’s the anxiety about some of the photos I am tossing. Believe me, in spite of my jokes about machetes and General Sherman tactics, I am proceeding somewhat cautiously. Confidence in my editing abilities has grown in the last year, but I have a ways to go in that department. I still consider myself a near-beginner at this photography thing and a hungry student.

There were some interesting comments on my last post about editing old files and I noted the anxiety others face when deleting old photos. I would love to hear some ideas on workflow systems.
Posted by Anita Jesse at Friday, September 11, 2009