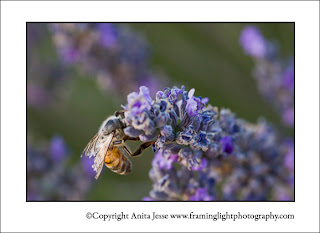 (Click on the thumbnail for the bigger, better version)
(Before you jump to any conclusions, check that spelling. I will occasionally own up to having very little sense; but, this time, I am talking about scents.)

We all miss out on things in life. The notion of “having it all” was always an empty promise and a cruel tease. Instead, life is about making choices. Letting go of one thing to hold on to another. Taking one road, but missing out on the other. Foregoing one pleasure for the sake of different one.

One of the things missing from my life had nothing to do with choices. I have no sense of smell and, since I never did, I can’t rely on memory to bring back lost pleasures. At first, it seemed only slightly odd to me as a child that others talked about perfumes while it seemed to me that the only flowers with any scent was maybe gardenias. My mother had a treasured gardenia bush that my father had planted as an anniversary gift and my mother couldn’t have been happier had it been a fur coat. (Well, that’s weak. We lived in central Texas and a fur coat would have been useful for only about two months out of the year. And, yes, I know fur coats are politically incorrect; but, I was born and raised before, and therefore remain somewhat blissfully immune to, pc thinking.)

At any rate, thanks to that bush, I found that if it put my nose down inside—nearly through—a gardenia, I could detect an aroma and, because there weren’t many aromas in my world, it was a pleasant sensation. The only other scent I recall was that of fresh leather when my brand new saddle arrived from Sears and Roebuck, no less.

Gradually, I discovered that everyone detected thousands of these smells that I was missing out on. But, since there wasn’t much I could do about it, I suppose I simply concentrated on the joys of my other senses. Over the past few days, I have thought about these things as I cut bunches of lavender from the small lavender field in front of the house. Everyone tells me that the smell is sweet and fresh and maybe I get just a vague hint of something in the air—something that tickles my nose. Or, perhaps there is nothing more than the power of suggestion.

I do know that I enjoy the pale, purple color along with the whorls of the tiny blossoms marching up the spike. When I am cutting, I have a fine time out there with the bees. Later, I take great pleasure in scattering the tied bunches around the house. The plants are a joy to see, as well as photograph; and, even if my nose can’t detect the subtleties, the power of suggestion is strong. My imagination tells me that the house is sweeter for their fragrance, and that’s almost as good as the real thing.
Posted by Anita Jesse at Monday, August 24, 2009