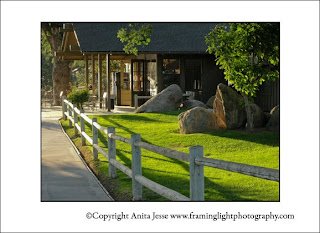 (Click on the thumbnail for the bigger, better version)
For me, one of the small aggravations of moving was the number of items that were lost. Well, not really lost, but definitely misplaced. And let’s face it, misplaced means you can’t use the darn thing.

One of the casualties was my Canon G7. The camera, charger, and case had simply vanished. I knew it was here someplace, but for the life of me I couldn’t find it. Eventually, my greatest dread became finding it a couple of years from now ruined by an old and leaking battery.

Several days into my recent moving-in marathon, I opened a cabinet and discovered a tote-bag that was suspiciously heavy considering what I first saw was a small tablet, a magazine, a paper napkin (!), and some other odds and ends that I would have used on a road trip. Sure enough, at the bottom of the tote was the leather bag holding the G7. I was even more surprised to find that the battery was still charged and I was able to immediately take some test shots. Because the camera hadn’t been seen in at least eight months, my confidence in the G7 battery shot up a few notches.

I never used the pocket camera a great deal. When I bought it, I had been committed to shooting RAW files for a long time and had suspected that I might find it frustrating to once again shoot jpg’s. Besides, I found it difficult to give up my viewfinder. From the beginning, I carried my bigger camera, unless it was totally impractical. Still, there were times when it was most convenient to put the long strap on my shoulder, or the camera in a jacket pocket and be prepared for casual grab shots.

Friday night turned out to be one of those occasions when it seemed ideal to own such a camera. We were scheduled to go to the BVS Equestrian Center Lounge for a meeting of the Horseman’s Association to hear a talk delivered by a lady-historian whose work we know. Originally, I had been excited about the opportunity to hear the historian’s talk; but, I was still feeling the effects of my work marathon. My back was hurting and I hadn’t slept well the night before. I was close to bailing out, but didn’t.

By the time we got to the Center, I was noticing that the evening was beautiful and I was glad that, on a last minute whim, I had grabbed my handy-dandy pocket camera. It certainly wasn’t an occasion for lugging the 50D. The sight of the light on the building, trees, and grass immediately lifted my spirits and it was easy to make a snapshot.

A few minutes later, we sat mesmerized, while the delightful Gloria Hine Gossard told us tales about the earliest settlers of Bear Valley Springs. The Husband and I were already familiar with Ms. Gossard’s style and passion for history, since a friend had generously given us a copy of her book “Three Valleys of The Tehachapi-Bear, Brite, and Cummings”. Seeing Ms. Gossard in person and hearing stories in her voice brought all the characters even more to life. This lady has lived many decades, yet exudes a “joie de vivre” that would shame someone half her age. Her enthusiasm for her subject and depth of knowledge were inspirational. As the evening went on, I began looking forward to getting a picture of Ms. Gossard; but, she left the gathering while the meeting was in session. As her friend pushed her wheelchair from the room, my heart sank. Some things aren’t meant to be. Still, I wasn’t tired anymore. I had caught some of Gloria Gossard’s vitality.

The photo above was my first snapshot taken with the G7 in our new territory. (And, no, I didn’t boost those greens.) Who knows? I may carry my pocket camera more often now. After all, I may not have gotten a photo of our Bear Valley historian, but at least I got a picture that will remind me of my evening with her.
Posted by Anita Jesse at Sunday, July 26, 2009