Blogging While Under the Influence 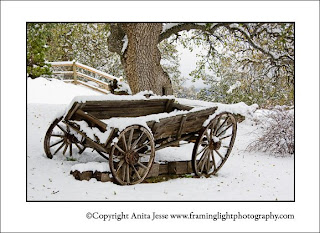 (Click on the thumbnail for the bigger,better version)
Frank Armstrong called attention to an oversight in yesterday’s post, but I am claiming temporary mental incompetence due to the influence of a stubborn and nasty stomach upset. Frank's comment, makes it clear that I left the impression I am dreaming of cameras and lenses. I meant to say that I dreamed of using my cameras and lenses. Omitting a critical word from a sentence is almost never a good idea. It leaves far too much room for wrong impressions.

Of course, I admit to fleeting daydreams about owning cameras that are more sophisticated than the ones that I own, but I am painfully aware of my own need to rise to the level of the cameras that I do have. When I daydream 2009, I am using cameras and lenses even more regularly than I do now. 2008 represented, for me, a big jump in the numbers of photos taken. I have reached that point now where it is difficult for me to leave the house without my camera. I feel a bit naked if I don’t have at least one with me. The 40D has made more trips now to the Tehachapi Albertson’s than I ever imagined. Although I don’t photograph every moment that the camera is with me, I do feel that I need it on my shoulder, just in case. While in 2007 I may have shot one or two days a week, I now take at least a few photos an average of five or six days out of the week. (Well, I confess that the last couple of days I haven’t picked up the camera, but I had, ahem, other matters to occupy my full attention.)

I still count myself in the early stages of this obsession with making pictures. I read, I experiment, I take hundreds of shots—each month, far more than will ever be seen by anyone other than myself. Of course, all this raises the question, “Why aren’t I a better photographer, by now?” That’s a question I am not ready to tackle today. My stomach isn’t steady enough for that level of self-examination.

Thanks, Frank, for sending me back to this post. I use daydreaming and imagery to point my consciousness in certain directions and without specifics I could succeed in aiming myself toward a ditch.
P.S. Doug Stockdale alerted me to a glitch here at Blogger. He tried to leave a Happy New Year wish and was repeatedly rejected. I hope that issue is resolved by now.
Posted by Anita Jesse at Friday, January 02, 2009