Making Photo Books—Lots of Them 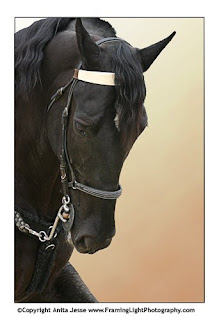 (Click on the thumbnail to view larger image)
Last night, I fell into bed exhausted and realized that I have made four photo books in four months. If I didn’t know better, I might think that sounded impressive—but, I know better.

After all, the first photo book was just a test book thrown together in March. It was a rush job to catch a free Shutterfly offer and it’s extremely simplistic. I wanted to see a sample book including the type of images I planned to shoot for the SoFoBoMo project. The virtual book I made in April for the SoFoBoMo challenge, was a product of many hours of work and much unnecessary—but typical of me—angst and completed as a PDF, not printed at all.

The May book was a special gift for a friend and contained photos taken over many years rather than any new work. This friend is from the endurance racing world and I have had the distinct pleasure of photographing many of Liz’s horses. When I got the invitation to one of the big barbecues she and her guy throw at their horse-haven a few miles south of us, I decided to make a photo book for her. (That was the secret project I worked on last month and, fortunately, it was a hit.) Naturally, I couldn’t just deal with the profile/gamut nightmare for Blurb. I had to get fancy. I created a map, wrote a dedication along with a fairy-tale type opening to the pictures, and I just had to include some photos I had never processed.

When I finished the book for Liz, I had no intention whatsoever of making another book for quite a while, having already confessed that I felt drained by facing all the self-imposed deadlines one after another. Alas, it was not meant to be. Yesterday after receiving some encouragement from another friend who has seen Liz’s book, I began to noodle the idea of making a similar book for myself. After all, I had barely had time to glance at the gift book and some of my personal favorites of all the equine images I had made were in that book. So, I casually popped into the Shutterfly site to remind myself how much money an out-of-work no-prospects person looking at two mortgages that threaten to drain resources indefinitely would have to spend to actually pay this time for one of their photo books. Whoops! Why didn’t I get an e-mail? The photo books were discounted by 20% and the offer included free shipping. How could I pass up that invitation? There was only one rub: the deadline was June 5. Right, yesterday. Of course, I did it. I couldn’t directly use any of the Blurb work, because I had no idea what havoc that profile would produce at Shutterfly. Back to the drawing board. It was a long day—mostly because I brought in a number of additional images and edited out a few, but I did it. I know I will have some regrets, and it most assuredly is not the The Book I want to make with my equine images. But, it will be a book even though with a very small b, and it’s a start.
It would seem I am officially over the major anxiety produced by the challenge of producing a photo book. The thought no longer gives me a severe stomach ache and blurred vision. It’s not exactly a yawn, but it certainly isn’t overwhelming anymore.
Posted by Anita Jesse at Friday, June 06, 2008