Processing Photos on the iPhone 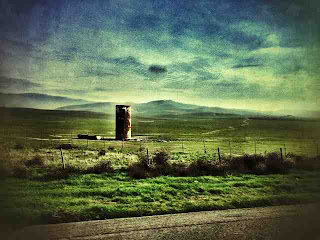 Sometimes I enjoy processing my iPhonography either on the phone or on the iPad. There are some wonderful apps that are easily affordable and amazingly sophisticated. My favorites are Snapseed and Filterstorm. I sometimes experiment on these grab shots when I get blocked on a bigger piece. That getting stuck occurs most often when I start hoping that the bigger piece is one that might achieve exhibit quality.

To quiet the noise of expectations, I like to give myself permission to experiment on something completely different, before I go back to the "investment" piece. IPhoneography is particularly effective in dealing with this type of creative block. I can completely change the scenery by walking away from the computer—even close the door to that room, if I choose.

The strategy works well for me and sometimes the playtime produces the bonus of an image that I rather enjoy. The scene is vintage Kern County and one of the reasons that I enjoy the drive to Bakersfield on Highway 58.

I hope you enjoy the image. 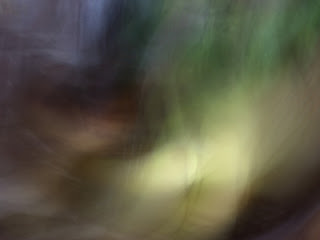 Increasingly, I use my iPhone camera for what I call, phototherapy. I particularly enjoy dabbling in ICM (Intentional Camera Movement). I don't find much time for exploring this, but enjoy dabbling in it, occasionally. I fantasize about finding the time to really dig into an exploration of ICM. Maybe...someday....
Posted by Anita Jesse at Tuesday, May 21, 2013 No comments: 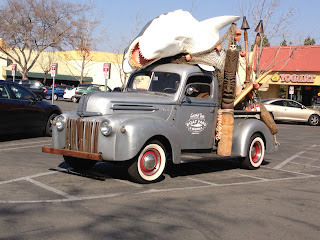 This is how my Instagram account began. I have Ove to thank (or blame?) for getting me into this. He made it seem like so much fun that I couldn't resist. I don't know how long I will be able to keep up with this; but, we will see how it goes. I have found a couple of folks I know at Instagram and judging by the response to Ove's post, I may soon have some more people to follow.

You can check out the three photos I posted today as I stumbled and fumbled my way through setting up my account. I am at ajessephoto.

Since I have had my smart phone for less than a month, there aren't many photos in my camera roll.
Posted by Anita Jesse at Tuesday, February 19, 2013 No comments:

An Invitation and a Link

The photograph above is an oldie, but I do have this thing about trees and felt the image deserved another day or two on the blog. Looking at it again sets my mind going as to what I would do differently now.

My latest post at http://www.anitajesse.com includes a new equine image, a question about habits, and a bit of poking fun at myself. I hope you will follow the link and visit my other blog.

I Made Room For Play Today

(By some crazy mistake, I deleted my blog roll and trying to put it back together. If your site isn't on the new list, it doesn't mean I meant to ignore you. Just another mess up on my part. Let me know about the oversight and I will fix it.)

I am still tweaking the new blog. But, don't let the title of the latest post over there persuade you that I am about to launch a cooking blog. Yes, turnip greens are mentioned, but it is really about blogging and social media. Well, that and tackling new things. Read More

My blog linked at www.anitajesse.com is back in operation. Turns out this one was on me. I must admit that I was not at my best today. A huge loss and not fully functional.

But, all seems back to normal in the blog department.
Posted by Anita Jesse at Tuesday, January 15, 2013 No comments:

The 7D and high ISO

For those who might be curious, I have posted a sample photo from my 7D at my photography blog. This one is pretty much right out of ACR. I made minor adjustments to the exposure, tone curve, and clarity. Next, I applied a minimum of noise reduction and cropped out a couple of distractions. In Photoshop all I did was reduce the file before saving to jpg. The image was shot with the 24-105mm f/4L IS at 6400 ISO, f/5.6 and 1/125 sec., without flash.

Perhaps I am easy to please; but, when it comes to higher ISO thus higher shutter speed, I am happy with this upgrade. While I don't expect to use ISO 6400 on a regular basis any more than I expect to photograph action shots inside our great room I will no longer flinch at 1250 or 1600 when shooting in low light. Since I will be shooting action using the 70-200mm f/4L, access to the corresponding higher shutter speeds is likely to give me more keepers. When photographing horses, I have learned that anything less than 1/1000 shutter speed means you had better be great at panning and I am not. That skill still eludes me. Whew! Another goal for 2013. This is getting out of hand.
Posted by Anita Jesse at Tuesday, January 15, 2013 1 comment:

﻿(Click here for the bigger, better version)
While I had not finished a post about my goals for the new year, I thought my list was close to being complete. I thought that I just needed to settle on how to frame my thoughts. The idea of a new camera had not occurred to me. The cost and weight of Canon's 1D cameras had always stopped me and nothing else had been irresistible. I hadn't bought a camera since mid-2009.

Then, a friend began talking about his new 7D. I told myself that I was merely curious. Because I had pretty much made my peace with the fact that the 1Dx was out of my league, I would stick with the trusty old 50d. Still, I succumbed to the temptation to look up the specs for the 7D at B&H and found myself thinking, "How have I overlooked this?!"  Reading the specs and reviews, along with yet another conversation with my local friend, convinced me that this was a good compromise for me. Not the 1Dx, to be sure, but a definite step up from the 50D which, in its three plus years, has served me well.

Since The Husband was asking if I would ever decide on a birthday and Christmas present, I figured a new camera was a good answer. Now, I have added a new and unexpected item to my list of goals. In fact, this one has to go near the top: Learn to use the new-to-me focusing mechanism for the Canon 7D. I had long been restricted to 9 focusing points. Now, I have 19 and new focusing modes to master. I will likely have a very tired shutter finger and an even more muddled brain before I can effectively use the new features, but plan to have fun learning.

Naturally, Galen, was drafted for one of my first practice sessions.

I have posted another new image from my new camera here. See what you think about it.

My first 2013 post is now up on my blog at http://www.anitajesse.com. I hope you will mosey on over and visit.


Read Past Issues of Newsletters